Founded in 2013, JFD celebrates and connects women who are working to revolutionize the world through digital and tech.

An annual meeting in Europe and Africa aiming to inspire, encourage women to reveal themselves and innovate, concentrated in meetings, sharing of knowledge and experiences, JFD values ​​the synergy of talents and initiatives by women and men who work for a better, fairer and more creative (digital) world.

Women are represented at 28% in the digital sectors while they participate in shaping the economy of tomorrow. Only 10% of startups in France are founded by women (2% in e-sport). Faced with these numbers, the JFD aims to contribute to the acceleration of the feminization of businesses in Europe and Africa, through the promotion of innovation for women.

We want to remove the expression “breaking the glass ceiling” from the vocabulary, encourage positive discrimination, opt for optimism of the will and bring out new role models, while celebrating women pioneers all around the world.

Brings together the major global economic players around common objectives for a better world thanks to new technologies.

After the Césars, the Oscars, les Margaret are a trophy rewarding each year an entrepreneur and an intrapreneure, engaged to change the world through digital. Created by the JFD in tribute to Margaret Hamilton, famous coder at MIT and pioneer of modern computing that sent the man to the Moon, the award highlights a woman in the shadows who has yet revolutionized digital. Like Margaret Hamilton, the winners are committed, inspiring women who help create a better world. Each winner of the award is like a star, added to the constellation of digital women, alongside Margaret Hamilton. After giving back to Caesar what belongs to Caesar, it is time to give back to Margaret what belongs to Margaret. 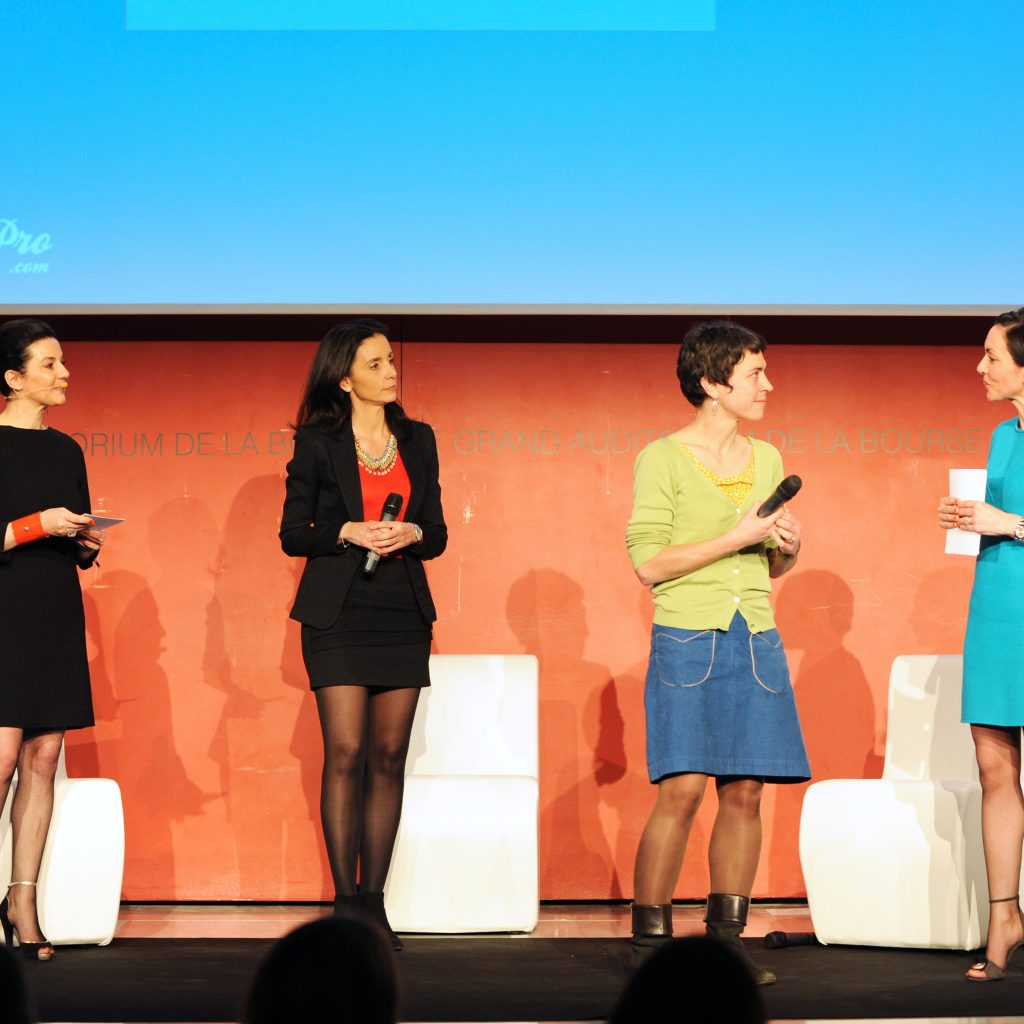 Launch of the JFD Club,

supported by Delphine Ernotte, CEO France Télévisions, godmother of the Club. The JFD Club, an exclusive network of 400 digital women, entrepreneurs and intrapreneurs, architects of the world of tomorrow, intends to represent the plurality of the digital world, from start-ups to large groups. Resolutely turned towards the future, the club proposes to reflect and act to help build a better, more creative and egalitarian world, by valuing the initiatives of women in the digital world.

Inauguration of the phisical place of the JFD Club in presence of Marlène Schiappa, Secretary of State responsible for Equality between women and men and the fight against discrimination. Club members meet every month in this 300m2 space in the heart of Paris to share and network during events and networking evenings. The club offers networking events of a new kind around an ever-changing program. Each month, exclusive events are organized: happenings, inspiring thematic meetings, exhibitions … but above all moments of discussion and relaxation.

The JFD Club was born following the big survey of the 2016 edition of the JFD: “Digital, what new perspectives for women? », Produced by La FrenchTech and Cap Gemini Consulting. His conclusion? Digital is now seen as an opportunity and a real lever for professional emancipation for women (93%) and 74% are moving towards networking and participation in events. The club plays its full role here to help women understand the importance of the network.

National launch of the societal movement: Les Chemises Blanches, the White Shirts. The white shirt has become the symbol of women empowerment in France.

“Of course, women are still a minority in the startup community, but they have their place and affirm their presence. If we continue to show only male role models, we will have no chance of increasing the share of women in digital technology. To achieve balance between women and men, think affirmative action (positive discrimination). “Delphine Remy-Boutang

Creation of the Margaret Foundation to support the projects of committed women, in particular by offering scholarships and training for young women wishing to orient themselves in the fields of innovation and raise their awareness of entrepreneurship.

We use cookies to ensure you get the best experience on our website. If you continue to use this site we will assume that you are happy with it.OkI refusePrivacy policy